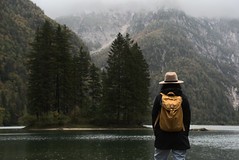 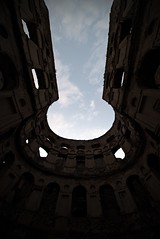 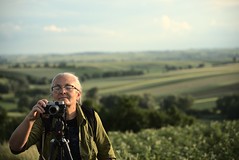 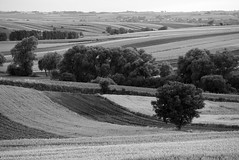 I use Windows 10 machine, at work, with GNU Emacs installed from choco repository. Script from my article Run shiny R application from Emacs was not working like in my old Windows 7. First thing is that it was not founding my R binary and I’ve got error:

Here is first function based on the one from previous article:

This function execute R command, so my new shiny function is shorter

Next is function that return root of git repo (since my R package is also git repo):

The problem with git on Windows 10 in GNU Emacs (or because of shell-command-to-string function) is that path is in Unix format not in Windows format, so I need to fix the path to use it in my R calling script.

Now my final function that build the R package:

Missing function for finding buffer with same major mode can be found in my previous article Run shiny R application from Emacs.

Right now I use Windows box for development at work and I use Emacs, but I needed to run RStudio to run the shiny application that I was working on. I though it would be nice to run shiny app from Emacs. On windows I was not able to run ansi-term but eshell was working.

Here is a function that run shiny app if the buffer you’re in is directory that contain server.R:

I’ve needed to use sentinels because If I run simple eshell command it was freezing Emacs and I need to press C-g to cancel the command, it din’t kill R but it was not very good solution.

I’ve also need to update my switch to other major mode buffer, because I was using Eshell that had eshell-mode and my new shiny buffer had comint-mode, I wanted those buffers it to be treated as the same. Above I’ve defined two functions for searching windows because I was using eshell and I wanted to have R from shiny run in the same window. If you’re using ansi-term (on windows it don’t work) you can check it’s major mode and add it to the list of modes in call to get-window-with-mode.

Below is the code for switching to other buffer with same mode (it’s should be common maybe), using C-M-tab and C-tab.

I was working on shiny R application and the app was using xmlParse(path) to parse url from web API I was using. I needed to add error handling to respond to 404 and 500 errors, so I’ve changed my code to use httr library. That way I could use two steps process of getting xml from API.

and now I had the problem how to simulate 500 error because that error in the API that was needed to be handled was fixed by the API team. So what I’ve did was installing Fiddler I work on windows if you work on Linux better would be to use Burp Suite.

And I used Fiddler script which seems simpler solution because it was just one line of code:

But I had the problem that Fiddler was not handling my backed requests. And it turn out that I needed to enable proxy for httr which is as simple as:

Then I was able to test my connecting to the API, and get proper error in shiny app.

The function will create drop down menu with caret like on the demo on getbootstrap.com or if you provide icon you will get only that icon the label is optional so you can have dropdown menu with just an icon. It use actionLink to create links so you don't need to to create custom input widget

You can use this function like this, to create hamburger menu:

and it will create two inputs input$edit and input$rename so you can add observeEvent to listen to on click.